Press Releases are rarely news worthy but this one really caught my eye. 4K is all the thunder in the gaming world right now, where 3d was once the next big thing, 4K currently wears the crown. Even when flagship GPUs come out, everyone asks the same question: how well can it run 4K? Well, if you are going to get a GPU capable of running 4K at respectable frame rates, then a good 4K monitor would of paramount importance to you.In that case, getting the most capable display should be the logical next step, and that is where Acer and Nvidia come in. 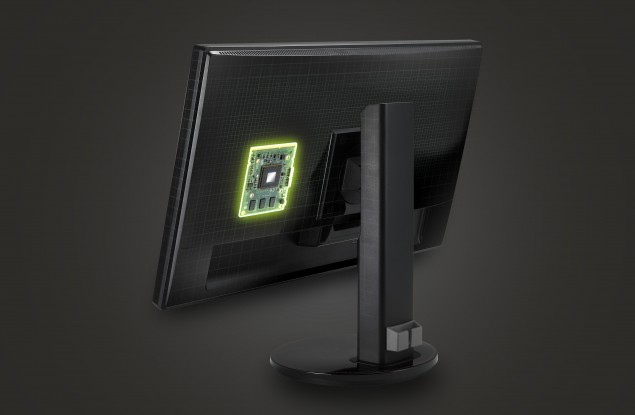 At the moment G-Sync is the only hardware driven perfect frame syncing solution on the market, with the only real alternative being AMD's (mostly) software driven Free-Sync. However unlike G-Sync which is already a more or less polished product, Freesync is still being developed. Infact VESA recently approved the new Display Port 1.2a standard to make it a (optional) standard across the board.

The display's item code is XB280HK and the screen size is 28inch diagonally. The resolution is 3840x2160 (4K) quite obviously and features a low light mode that can reduce brightness to 15% (30% is the usual standard). The viewing angle is the standard 170 degrees and also has the DisplayPort 1.2 (non-a and therefore non-FreeSync). It also has 4 USB 3.0 Ports and and the angle bracket is adjustable from -5 to 35 degree. Ofcourse the most important feature is the Nvidia G-Sync hardware chip that will come built in, something which sells separately for $99 . The G-Sync module will solve any and all problems related to incorrect frame production, including tearing, v-sync problems, input lag etc etc. Since we have no word on the actual price of the monitor, I can't really comment on the value of the same.