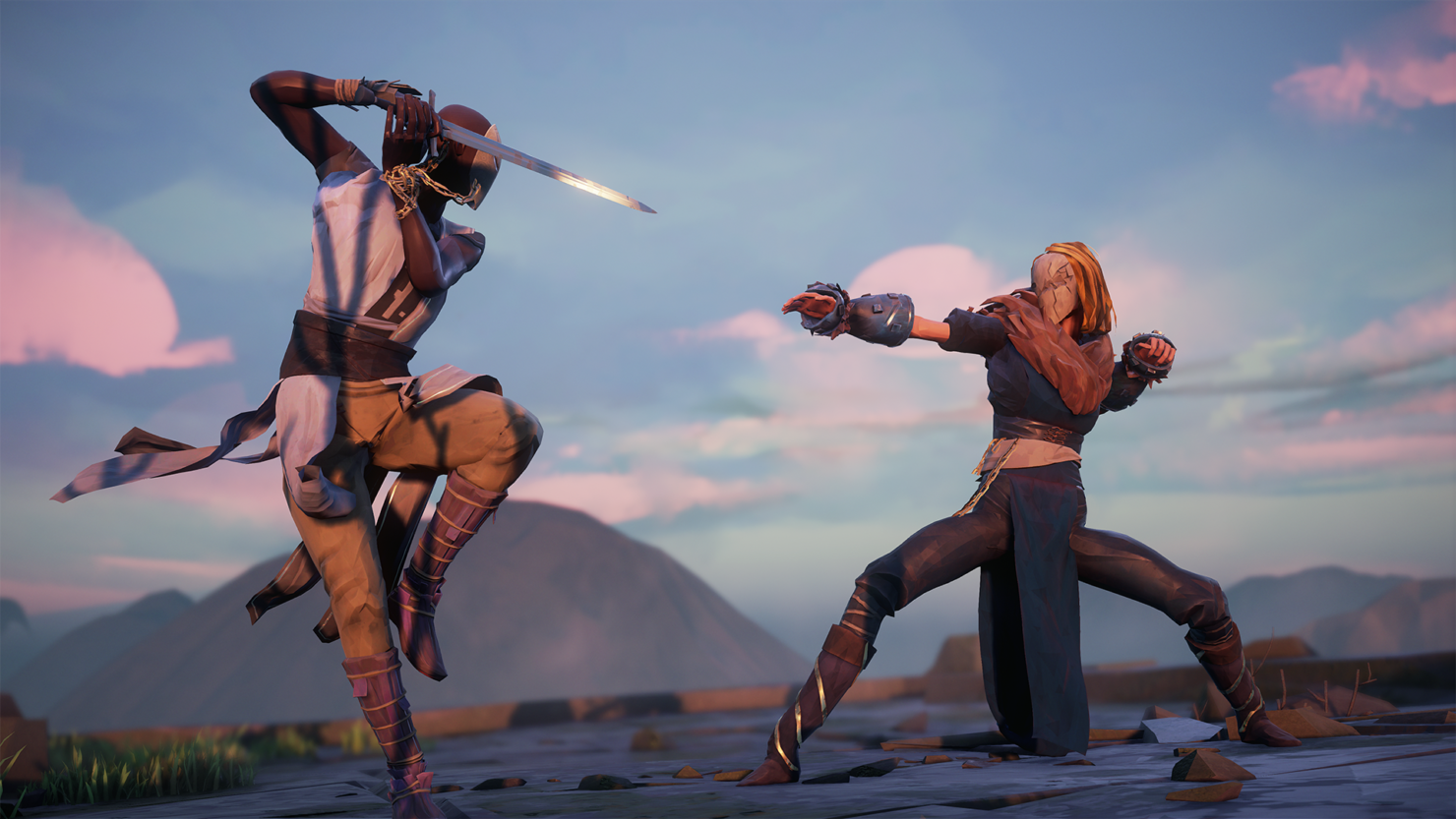 Devolver Digital and Sloclap just announced Absolver, an online combat RPG powered by Unreal Engine 4 and scheduled for PC and consoles in 2017.

Absolver puts players behind the mask of a Prospect, who has taken a sacred vow and chosen to join the Absolvers, an elite corps of combatants fighting to maintain stability in the world. Monitored by the Guides, the new rulers of the fallen Adal Empire, players will wander these forsaken lands and encounter other Prospects online in order to learn their place in this world and eventually become Absolvers. Along the way, they will learn new combat styles and attacks, and acquire better weapons, powers and armor. Battles between warriors are an intense real-time flow of attacks, dodges, feints and counters, with all aspects of gameplay customizable, including combat styles, weapons and even individual attack sequences in the player's Combat Deck. Build a team of warriors to fight side by side with you in the dungeon mines of Adal (PvE) or put your skill on display in dedicated combat arenas (PvP) scattered across the land.

In the ruins of the fallen Adal Empire, you awaken with a mysterious mask on your face, and faint recollections of an esoteric ceremony. Freeing you from hunger, thirst, and even death, the mask is the creation of the Guides, the rulers of these lands, who have placed you here to determine whether you are worthy of becoming part of the elite corps of Absolvers. As you wander these forsaken lands, encountering other Prospects like you, you will learn new combat styles, acquire weapons, gear and armor, and build a team of warriors with whom to fight side by side in Arenas of combat.

Absolver is the debut title of Sloclap, an indie studio based in Paris and formed by veteran designers who previously worked at Ubisoft on the Ghost Recon and Watch_Dogs series.

The studio is excited to debut our first game with Devolver Digital and get it into the hands of gamers and media at E3; Absolver is the result of our combined experiences in game development and we believe that our team has created something special together. We think the world would be a much better place if there were no guns. Then we could finally focus on important things, like sword fighting and how to kill a man with one punch.

Our extensive, international focus groups illustrate that people want to be able to punch faceless, nameless strangers over the internet. Absolver is going to be your digital outlet for real-time, fluid beatdowns of those that stand against you.

You'll be able to check the gameplay debut of Absolver on June 13 at 5PM Pacific via Twitch, but in the meantime check out the images and reveal trailer below.