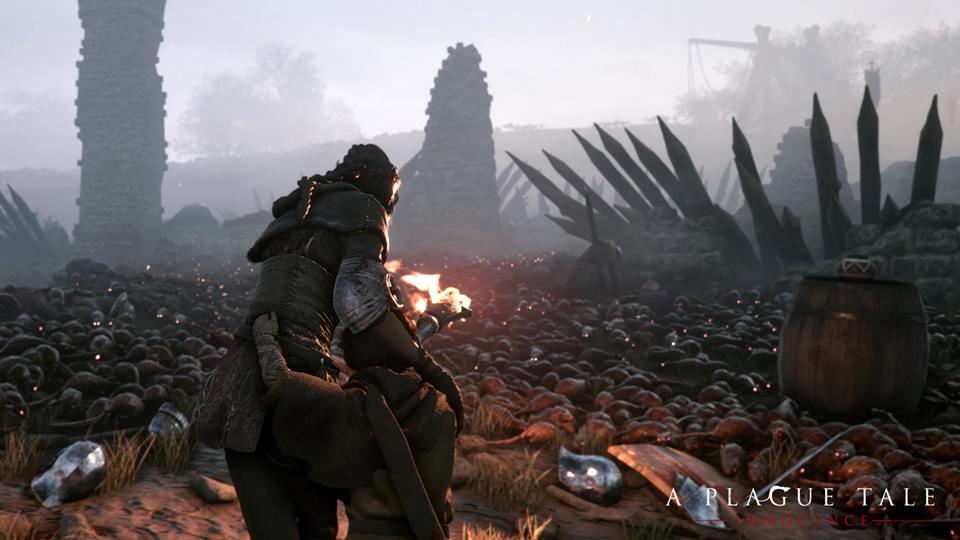 A new batch of screenshots has been released for A Plague Tale: Innocence, the adventure game currently in development by Asobo Studios for PC, PlayStation 4 and Xbox One.

The new screenshots, available below, give players another look at the game's grim setting and the voracious rat horde that's plaguing the Kingdom of France in 1349.

In today's images, witness just one of many desecrated sites that saw clashes between the armies of France and England. In the midst of hundreds of piled corpses, hordes of rats teem over the bodies and leave little hope for the survivors. In the midst of this chaos, Amicia and Hugo have just one chance of escaping with their lives. The faint glow of the flame Amicia holds appears to be the only thing that repels A Plague Tale: Innocence’s swarming menace.

A Plague Tale: Innocence seems to be the game to play for those who have loved The Last of Us, where a few individuals are battling for survival against a seemingly unstoppable cataclysm.

Join orphan siblings Amicia and young Hugo as they struggle through the heart of a brutal and ruthless world, in which millions of rats ravage the Kingdom of France - already beset by war and the Black Death. 1349. Rats swarm in uninterrupted waves throughout the territory of France. In the disease-devastated villages, countryside and fields of battle, this uncontrollable and voracious mass advances relentlessly. The creatures devour everything in their path, men and animals alike, to satisfy the endless hunger of their ever-increasing numbers.

A Plague Tale: Innocence launches on PC, PlayStation 4 and Xbox One sometime next year.