Previously, we reported that TP-LINK showcased its first ever 802.11ad wireless router at CES 2016, but unfortunately, we were unable to gain some useful insights on its pricing, until now. According to the source, experiencing a new wireless standard will definitely set you back quite a bit. 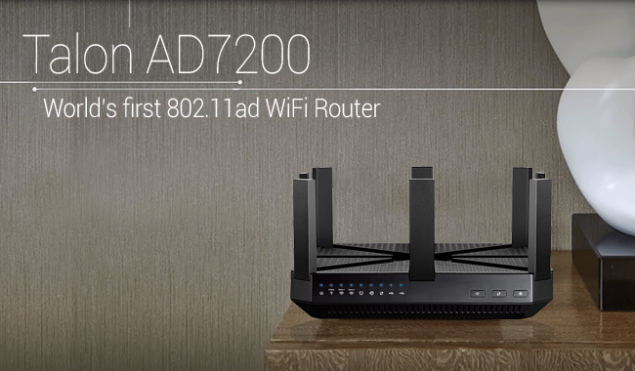 According to a source, TP-LINK Talon AD7200 will be running in between the 57-66GHz range in order to deliver speeds falling into the 802.11ad range. The aforementioned frequency will also depend upon where you live. The router will obviously be compatible with previous wireless standards, but while it is running in between the 57-66GHz frequencies, keep in mind that it will possess a much shorter range as opposed to the 5GHz range that 802.11ac routers function on. In layman terms, if you happen to be connected to your router and there are solid obstructions surrounding you, then your internet browsing experience will no doubt suffer from intermittent speed interruptions.

However, the definite advantage of purchasing an 802.11ad router will be that the wireless transfer speeds achieved on this wireless standard will trump anything being thrown in its direction. Talon AD7200; while functioning on the 60GHz, will be able to achieve wireless transfer speeds up to 4,600Mbps. In comparison, the 5GHz band can only max out at 1,733Mbps, making it effectively three times as fast compared to the previous generation. Now this is some serious Wi-Fi firepower. 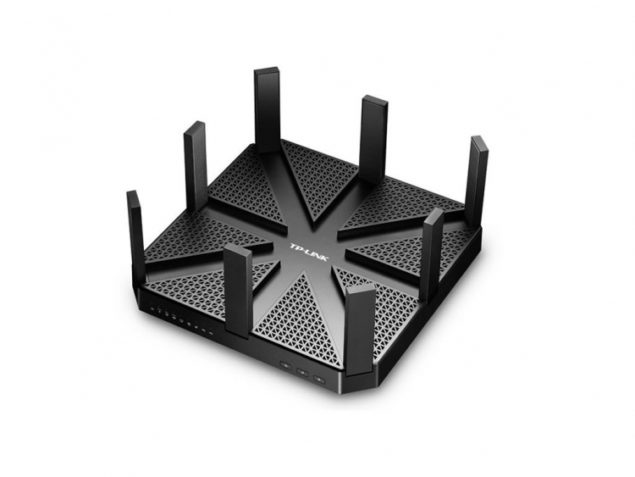 In addition, TP-Link Talon AD7200 also packs multi-user MU-MIMO technology which aids in reducing the bottlenecks when multiple devices are actively connected to it. Beamforming is a term used to describe this specific functionality of wireless routers but just for fun, we will decide to rename it as beam terraforming because that is exactly what this wireless router is capable of doing in effectively allowing multiple devices to connect to it in as well as improve wireless connectivity speeds as much as it possibly can. Overkill is an understatement for this router as it is packing eight separate adjustable antennas with powered amplifiers so that the signal is able to appear in every corner of your household.

Coming to the pricing details, Digitimes reveals that the pricing of Talon AD7200 will be upwards of $300, so if you want to experience the best of what Wi-Fi has to offer, then you will be paying a sizable amount for it as well. Apart from the world’s first 802.11ad Wi-Fi router, the world’s first smartphone with an 802.11ad adapter was also showcased during CES 2016, and it was none other than Letv Le Max Pro.