A Mysterious LG Device Spotted At FCC With 5.8 Inch Screen And 3000 mAh Battery 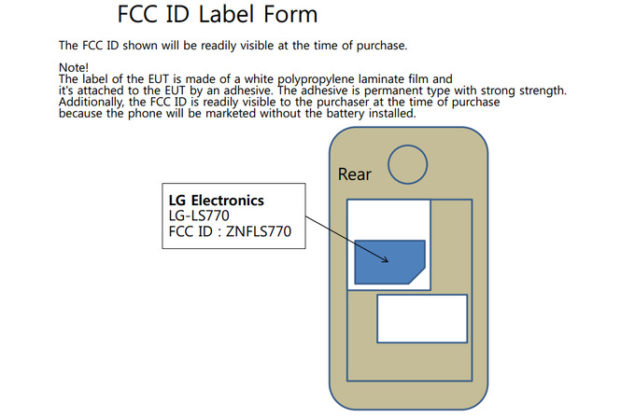 Folks over at PhoneArena decided to do a little digging around at the FCC and came up with a new LG device. The device, codenamed LG LS770 seems to manufacturer for Sprint and is slightly larger than the company's existing flagship, the LG G3. The LG LS770 has a screen size of 5.8 inches as indicated in the device's support documents. Additionally, its dimensions are approximately 3.12 by 6.07 inches and it also comes with a smart cover. A stylus is also mentioned alongside the device, which makes us wonder as to what new device LG and Sprint have planned together.

As can be seem above, the device also has a removable battery and back cover, thus eliminating the possibility of a uni-body manufacturing for it. Battery size also seems to be impressive, with the LG LS770 listed with a battery of capacity 3000 mAh. LTE bands supported by it are 2, 4, 5, 12, 25, 26, and 41. It could be anything really at this point, and we'll remain in the dark until LG chooses to elaborate on the topic further. The battery size does suggest ambitious LG plans for the device, so we'll let you know as soon as things become clearer. Let us know what you think in the comments section meanwhile. Cheers.