Windows 10 Launch Exciting You? Top 5 Reasons Why You Shouldn’t Update Right Away

Tuesday night at midnight ET, Redmond will release the first major software update in nearly three years. So yes, everyone is super excited! We already know so much about the upcoming operating system, however, it would be the big day on July 29 when all of our curiosities are answered as Microsoft releases the first wave of Windows 10. The curiosities around a single operating system for desktops and tablets, for touch screens and notebooks. The one operating system to rule them all... Okay, that was a little too much, I agree. 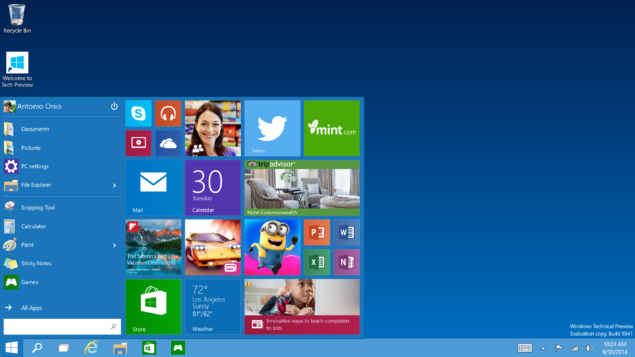 Top 5 reasons to not update to Windows 10, right away:

As we have previously mentioned and as Microsoft has detailed in a blog earlier in the month, not everyone will be receiving Windows 10 on the same day as the roll-out will happen in stages. Insiders would be first in line to receive the update but it won't take longer for Microsoft to roll it out to the mere mortals. Caught up in anxiety if you should actually upgrade to Windows 10 or not? Here are the top 5 reasons why you shouldn't make this move. Don't forget to check the top 5 reasons basically begging you to update to Windows 10 - yes, we are evil like that!

Do you have a favorite old program that you use for personal or professional use? You would definitely not want to upgrade to Windows 10 just to experience compatibility issues later. While most of the things should work perfectly, it is still recommended to check with the particular software developer / provider to ensure that you will have your essential programs all working perfectly.

Don't start fighting in the comments at the revelation of people being fans of Window Media Center because well, what happened to respecting the opinions and everything? As far as we can tell from our readers' comments, there are still many who are big fans of Window Media Center which was released back in 2002. Media Center is used to play music, video and other media and Microsoft is finally killing if off completely. There are multiple super alternatives like Netflix, Hulu, Spotify, and recently, Apple Music among many others, but there are still some people who actually are upset with Windows Media Center going.

If you are a fan, there doesn't seem to be any chances of Media Center being supported.

Microsoft is planning to integrate the synchronization engine used with its OneDrive cloud service bringing major changes to Windows 10. Windows 10 comes with integrated services mirroring much like how the iOS works. Windows 10 will come with OneDrive built-in, Cortana (you can disable this), integrated search box leading to Bing search engine, Outlook Mail, and Outlook Calendar. You can't uninstall these which means if you are someone who dislikes getting extra services being forced into an operating system, you better stay away from Windows 10.

You can, however, choose to update and hide all the integrated services. Alternatively, stick to Windows 7.

You're fond of Windows 7

Microsoft will keep sending security updates until January 14th 2020, which which is quite a long time if you are really fond of Windows 7.

Windows 10 has received tons of PC Preview builds and Insiders' feedback but there could still be plenty of bugs and incompatibility issues Microsoft will have to take care of. Let the users eager to taste the OS sooner to take the risks for you and only upgrade when you are really sure it's ready for your usage. You will have plenty of time to upgrade to Windows 10 for free; it's better to not adopt it early if you are the end user who doesn't have time to deal with problems with a new operating system.

Don't forget to let us know if you are upgrading to Windows 10 or holding it off for a later time.