5 Hours with The Legend of Zelda: Breath of the Wild on the Switch 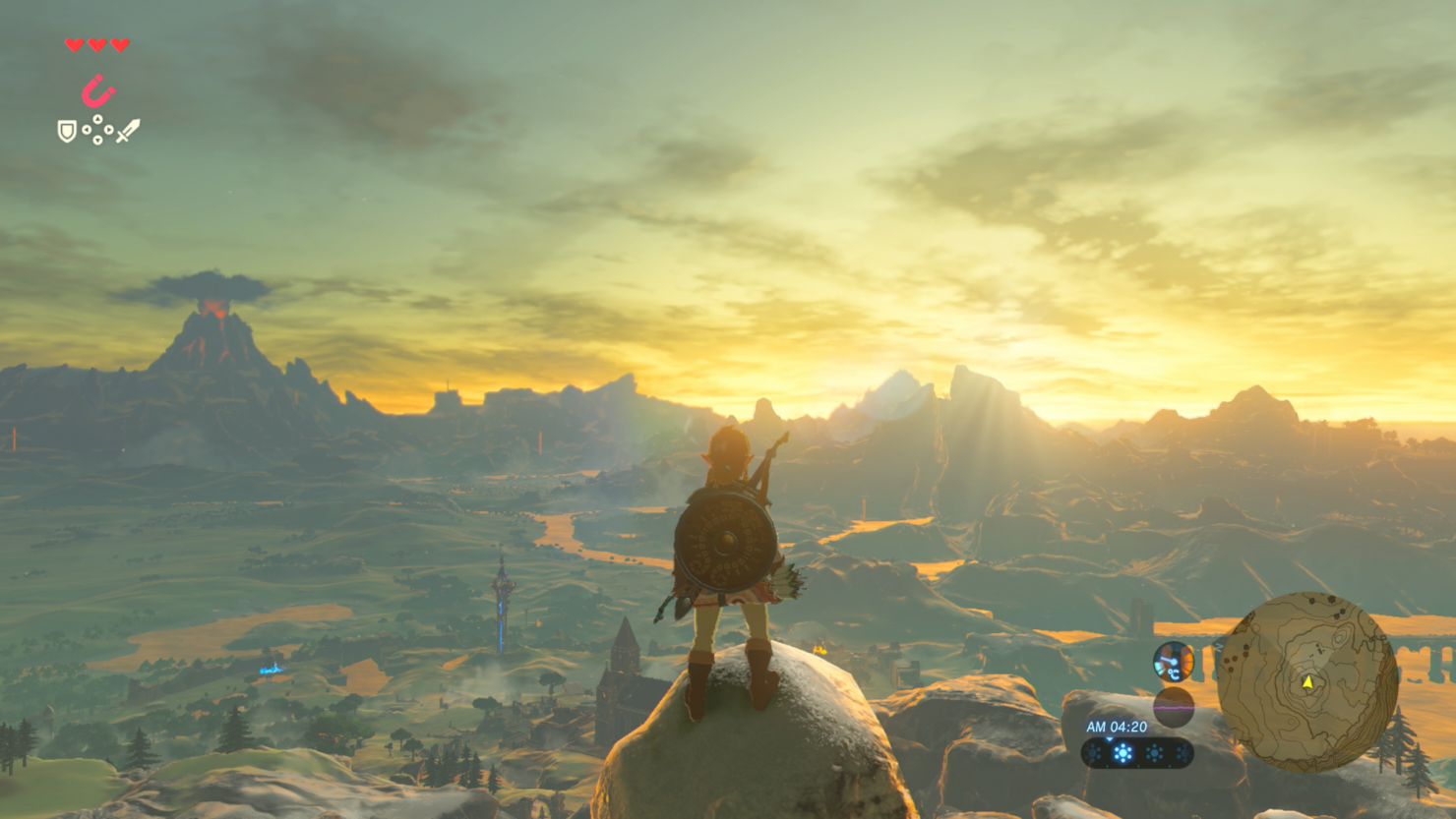 What’s most striking at this point, is how it is still managing to surprise me even in its early stages. The Legend of Zelda: Breath of the Wild is a game that, prior to this, I have accumulated almost three hours of time with, total, in various demo versions of the game, on both Wii U and Switch. But here, now, my 15-minute time limit is unlocked and I can roam the world infinitely – and, gosh, what a world it is. 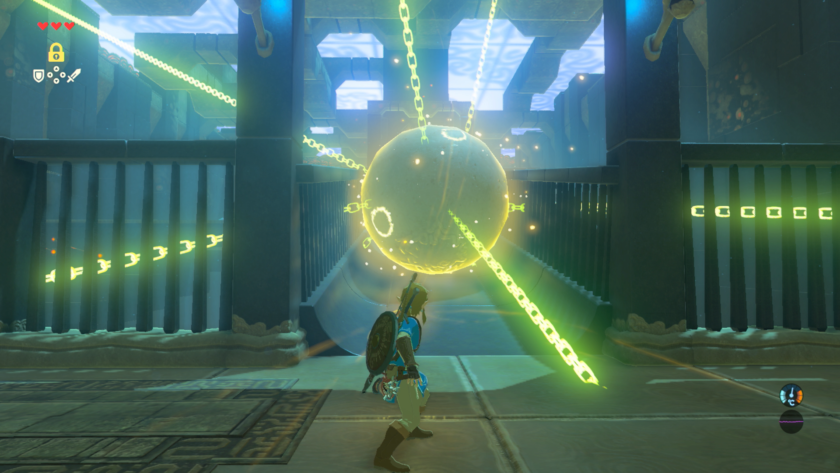 Still though, even when simply contained to the Great Plateau – the main focus for all demos thus far – I’m still being surprised. I finally managed to climb the icy mountain I had failed attempting numerous times before by cooking a blend of spices and meat to give me cold resistance, and I happily used my shield as a snowboard to get all the way back down again. It was invigorating, finally achieving these tasks that I’d failed at in demos – but what’s more is how much there still is to discover. 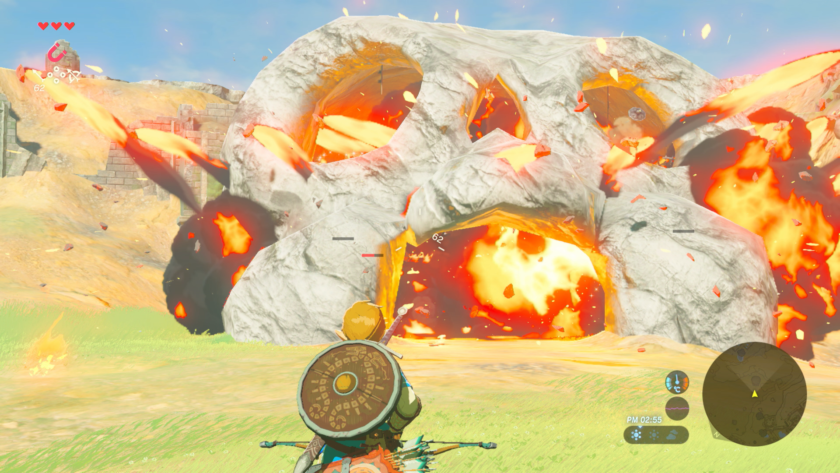 In other games, things like Half-Life’s Gravity Gun and Just Cause’s grappling hook give players a chance to interact with the world in a way that other games do not allow, and that’s exactly what is at play here. Using Magnesis you can lift objects into the air, slam them down, fully control their movement in a 3D space. This isn’t limited to simply pushing blocks and switches anymore, this is full interaction with the game world. The game uses this in shrines, in one I used a giant bowl to scoop balls out of a pool and then drop them into place so I could open the way forward. In another, I used the mechanic which raises pillars of ice from water to raise gates and use as impromptu platforms. In yet another, I rolled bombs into place so they could be thrown across the room before I triggered them. 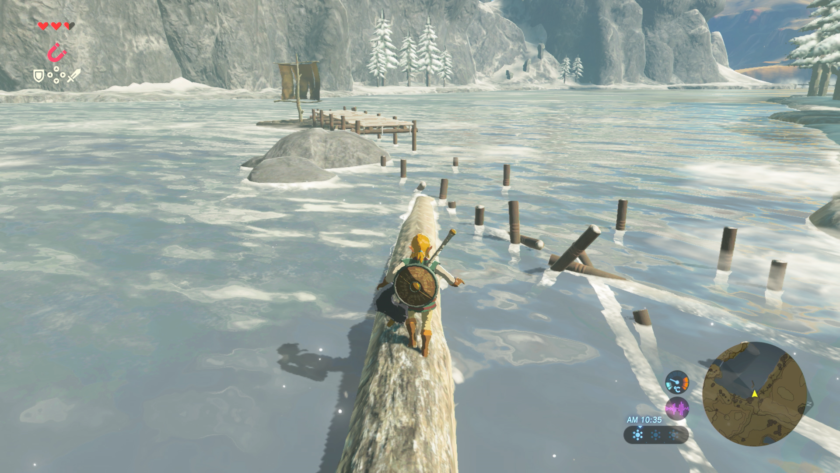 And that last point is important – I triggered the bomb to explode. Bombs don’t simply tick down until detonation anymore, you trigger them yourself. When lifting items with Magnesis, there’s no time limit, no bar limiting how long you lift for. When raising ice pillars they don’t quickly melt away, they remain so you have plenty of time to figure out your next step. The difficulty in The Legend of Zelda: Breath of the Wild is no longer in how the game’s mechanics work against you or how they limit you, they’re now in place to give the player full interactivity, and all the time they need to enjoy it.

Characters repeat in the game; if you ever get stuck, just find a high place. Getting a good view is paramount in The Legend of Zelda: Breath of the Wild, and getting a lay of the land is the best way to traverse – there’s a reason why disabling the minimap and obvious HUD elements is known as “Pro mode” in the options. Using the map and Sheikah Slate I can zoom in on distant orange-hued shrines and towers, which then glow blue once I’ve interacted with them. I can see a literal path I’ve carved out thus far in the game, dotted with a blue glow, and I can always see a literal path forward, dotted with a hint of orange. 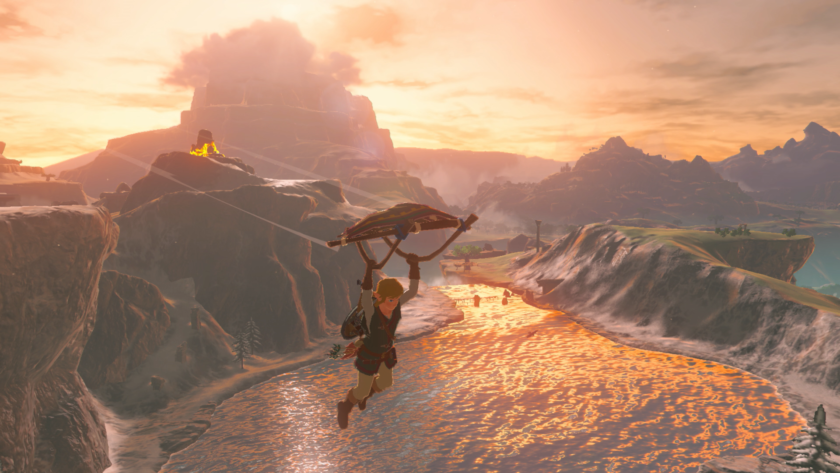 The Legend of Zelda: Breath of the Wild is impressive every time I play it – now it’s time to see if it stays that way…

Check back soon to find our full review of the game.