This 4K Documentary Was Shot Entirely On iPhone 6s Plus – Video

This whole documentary, tilted 'The Painter of Jalouzi' was shot entirely on an iPhone 6s Plus in 4K resolution. You can watch it right here. 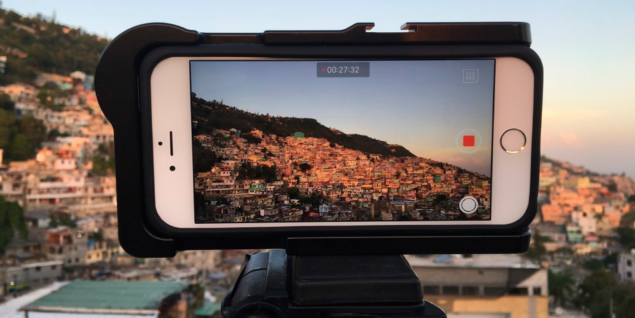 Apple has done a remarkable job with the iPhone 6s and iPhone 6s Plus both in the camera department. Instead of throwing in an 8-megapixel sensor and calling it a day, the Cupertino tech giant took the liberty of adding in a 12-megapixel camera on the rear of both the devices, significantly boosting the image taking and video recording credentials of the iPhone. In the video department however, Apple added a new 4K resolution, making it the ideal smartphone for recording ultra sharp videos. But things get better if you opt to go for the iPhone 6s Plus, as the device features optical image stabilization, something which the 4.7-inch model lacks, allowing users to shoot steady video in rather shaky conditions. And with 4K + optical image stabilization combined, RYOT was able to pull off a beautiful documentary titled The Painter of Jalouzi, which we have embedded below for your viewing pleasure.

As you can see from the video documentary above, the iPhone 6s Plus does a remarkable job when it comes to image stabilization and color reproduction. We also recommend that you watch the video in the highest quality possible on a 4K display to get the best ever experience there is.

This is one of the many documentaries we're bound to see in the coming year, and we're certain that videographers out there are going to have a good time shooting beautiful landscapes in full 4K resolution.

Even to this day, the iPhone has been the smartphone of choice for many photographers out there, as it offers the best in simple camera controls and color reproduction. And we're quite certain that with the iPhone 6s and iPhone 6s Plus, photographers and aspiring videographers will make the smartphones as their go-to camera for shooting great images and videos.