According to a freshly published report, Apple is said to launch a 4K 21.5-inch iMac really, really soon. The new 21.5-inch desktop will feature a stunning screen resolution of 4096 x 2304 pixels.

The news comes in from 9to5Mac, and the tidbit comes to them from 'reliable sources.' According to the publication, Apple is planning to announce the 4K 21.5-inch iMac at the end of October. The report also states that the new Retina iMac will make its big debut alongside OS X 10.11 El Capitan, and will start shipping in November.

Apple is indeed planning to release a new version of its 21.5-inch iMac with a 4K display this fall, according to reliable sources. The current plan is to announce the refreshed version of the smaller iMac by the end of October alongside OS X El Capitan and begin shipping the product by the beginning of November.

The report also states that the new 4K 21.5-inch iMac will have better color saturation while also coming equipped with faster processors across the board. But, there's one thing which should be worth noting here - like the 5K Retina 27-inch iMac, the 4K 21.5-inch offering will definitely see a price increase, so buyers shouldn't expect to pick up Apple's new desktop at the current price point of the non-Retina 21.5-inch iMac.

For those who don't want to break their bank over a Retina iMac, Apple will sell the 1080p iMac alongside the new offering, just like how the Cupertino giant does for the 27-inch iMac model. 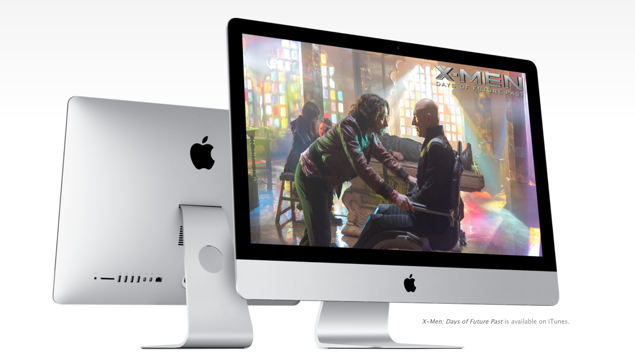 We're certain that Apple won't announce the new 4K 21.5-inch iMac at its event next week, where the company is expected to roll out a bunch of new hardware, such as the iPhone 6s, the Apple TV 4, and maybe the iPad Pro and a refreshed iPad mini 4 as well. New iPads seem highly unlikely as Apple has opted to announce its tablets in a separate event in the past, but it's quite possible that the company could break away from that trend this year.

We will keep a close eye on the news at it unfolds and bring to our readers the latest there is in the blogosphere, so stay tuned to our coverage.

Do let us know in the comments section below what you think about today's report. Would you buy a new 4K 21.5-inch iMac? Or do you prefer to stick to the non-Retina model which Apple currently sells?