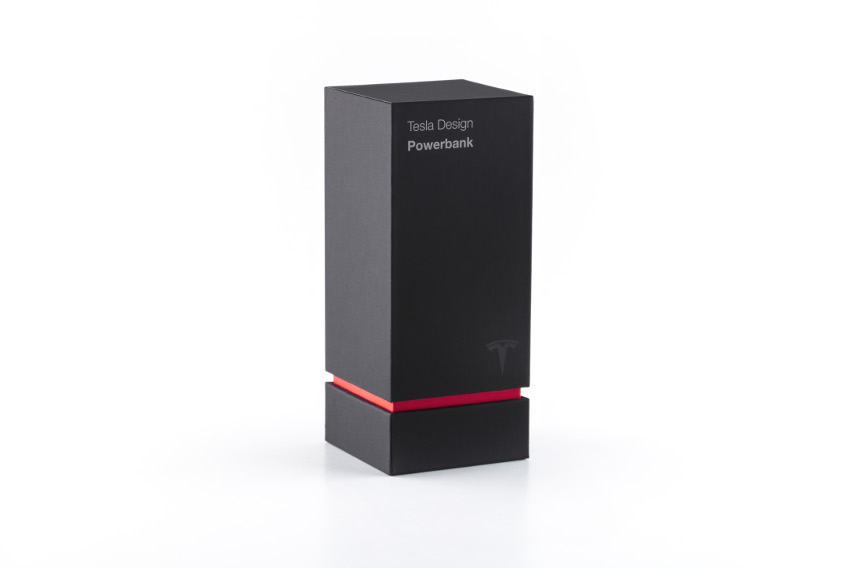 Just a couple of days back, Tesla made waves in the tech and automotive world once again. At Tesla's Semi event, there was a nice little surprise. The company unveiled the Tesla Roadster, a car that puts gasoline engines to shame. The Roadster is capable of accelerating 0-60mph in just 1.9 seconds, which is a little over a blink of an eye. While the car won't be available until 2020, the sheer leap in technology is amazing Now, Tesla's got a side treat for iPhone users as well. Take a look below to find out more.

Well who would've thought. Tesla is now making power banks as well. The company famous for its electric cars and production delays has now entered the smartphone world as well, albeit at a micro level. The Tesla Powerbank is more of a design attempt, rather than solid accessory capable of meeting top level chargers.

It's designed after the company's supercharger monument at Tesla's design studio. If we take a look at power banks from a design perspective, this just might be the best designed so far. But if we take a look at them in terms of technical specifications, it doesn't even come close to some of the top offerings, at a similar price point. But hey, not every power bank features a single 3350mAh power cell, 7000 of which power the Model S and Model X.

There's also a desktop supercharger for the same price, which looks way more cooler if you ask us. The Powerbank has microUSB and Lightning connectivity, although interestingly, it doesn't feature USB-C. That's a downer really. Tesla also claims that the accessory features high-efficiency circuitry to deliver the best charger, but there are little technical details available for this particular aspect.

Input details for the Powerbank are 1800±200mA and output is 5V/1.5A max. It costs $45, making it more of a luxury accessory rather than one also based on functionality. But hey, it's not like Elon Musk cares. He's got bigger problems on his mind, like one upping gasoline engines and streamlining Model 3 production. After all, his company expects $1 Billion expenses this quarter. Thoughts? Let us know what you think in the comments section below and stay tuned. We'll keep you updated on the latest.

Oh and here's product page for the Tesla Powerbank.