30th of June marked the day for the arrival of Apple Music which became part of Apple's latest update to the iOS lineup, iOS 8.4. It has been no more than eight days and it seems like the latest iOS update is doing its best. Numerically, the iOS version 8.4 is running on 40% of Apple devices. This is a great mark considering its just over a week since its official launch. It could be that many of the users wanted to get their hands on Apple's latest Music Streaming Service, while other may argue about the arrival of TaiG Jailbreak for iOS 8.4. 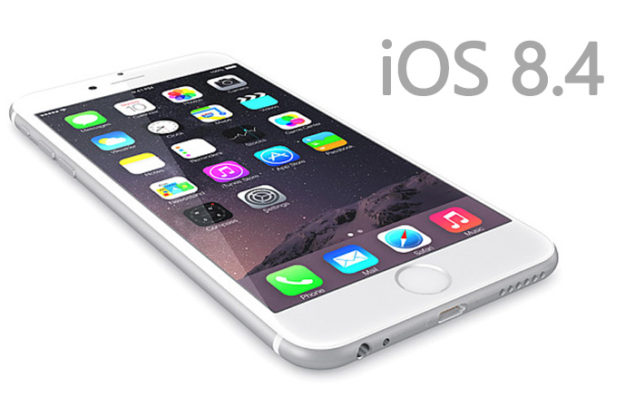 Besides the Apple Music as part of the upgrade, iOS 8.4 contained many bug fixes and performance enhancements that made it's adoption rate to go up. But comparatively speaking, Apple Music has a lot to contribute in the ever increasing percentage of adoption. The high adoption rate has many externalities affecting the private and competitive implications of Apple.

Even though the score is pretty impressive considering the time it has been for release, iOS 8.4 may put Spotify in dangerous course. Spotify, which serves the same interests as Apple Music has been the market leader for streaming music for a long time. An analytical firm, Mixpanel says the high adoption rate of iOS 8.4 might be 'dangerous for Spotify'.

“That’s hundreds of millions of people who can get a free three-month trial with Apple Music.” 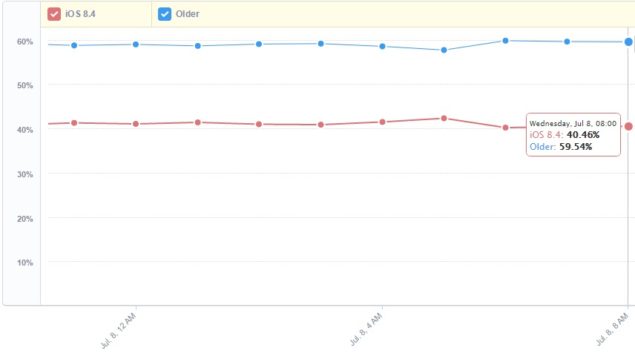 The competition is so intense that Apple's pricing strategy for its Music Streaming service is accurately in line with Spotify. The scheduled charge will start after the free trial period ends for users. Just as Spotify, Apple plans to charge a mere $9.99 per month for an individual usage and $14.99 for a family plan which consists up to six members. The true results of the competition may be unveiled after the trial period is over.

An advantage that Apple Music has over Spotify is the Beats 1 radio station which is hosted by well known and well regarded artists, musicians and publishers. Its a 24 hour available service and users can benefit at any moment. iOS 8.4 comes free of charge as an official update, if you haven't updated just yet, we don't see a reason why you shouldn't. This is it, leave your thoughts in the comments below.