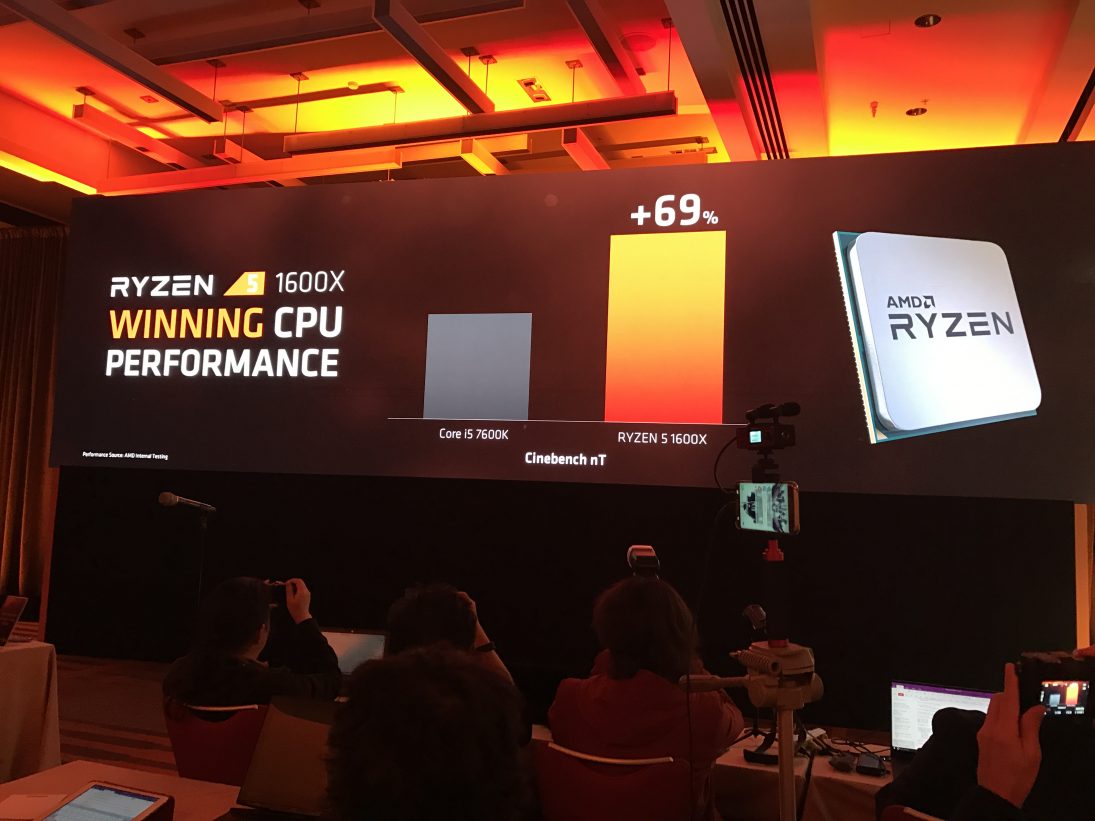 It's been only a few days since AMD announced its Ryzen 7 series and the market has already started going through a drastic shift. The newly introduced Ryzen 7 1800X, 1700X and 1700 are witnessing an unprecedented level of demand that sucked AMD's reported 1 million+ supply of chips dry. The chips topped retailers' best sellers lists within hours of going up for pre-order on Feb 22nd. A week before they'll begin shipping to customers.

Following an accumulation of performance benchmarks and pricing revelations, 3DCenter has published a couple of eye-opening performance/$ charts that showcase how much of a market disruptive launch this has been. The Ryzen 7 1800X, 1700X, 1700 and 1600X dominated the charts, offering unprecedented performance per dollar that stands uncontested at every price point.


We're already seeing retailers like Microcenter starting to take matters into their own hands to thin their stagnating stocks of Intel chips. Microcenter has already started offering unusually generous price-cuts on Intel Broadwell-E, Kaby Lake and Skylake processors. Intel is not expected to take any direct action before the mist clears and Ryzen reviews go live on March 2nd. But if the leaked benchmarks, which are many, are of any indication then Intel's in for a rough 2017. The giant chip maker may have to cut prices for the first time in more than 6 years and swallow a significant slash to its profit margins

AMD's top-to-bottom Ryzen 7, Ryzen 5 and Ryzen 3 lineup is expected to roll-out over the next three to four months. Initial shipments will include the three previously mentioned Ryzen 7 1800X & 1700/X chips. All of which are 8-core 16-thread processors that rival Intel Broadwell-E chips two to three times as expensive.

Following the 7 series will come the 6-core 12-thread Ryzen 5 lineup, flagshipped by the 4.0GHz 1600X. A chip that's already a favorite among fans and is speculated to replace Intel's i5 processors as the gold standard for gaming. We're already seeing big name game studios like the Roberts Space Industries, the developer behind Star Citizen, recommending the Ryzen 5 1600X. Finally we have the quad-core 8-thread and 4-thread Ryzen 3 lineup which is expected to begin shipping in the second half of the year.