343’s O’Connor Says Fans Should Rather Opt For Splitscreen In Next Halo; Isn’t Possible In Halo 5

According 343's Franchise Development Director Frank O'Connor, those who want the much debated split-screen mode back in Halo, should better start a petition for the next Halo game. Inclusion of the mode just isn't possible in Halo 5, and 343 would have included it, if it was possible. 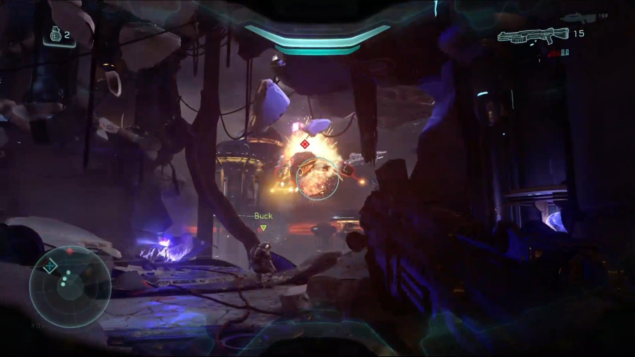 Following the announcement, a petition was started to bring back the mode to the upcoming Halo 5. The petition has gathered over 7000 supporters since June of this year. On Twitter 343's Frank O'Connor again commented on the issue, and replied that it's simply not possible to include the mode in Halo 5. O'Connor adds that the team would have included it, if it was possible.

@jacob_stamm @BubbaDJ000 @Greenskull because he's fully aware we'd have included it if we could have.

The point that O'Connor tries to make is that 343 focused on reaching maximum resolution, and maintaining a stable 60FPS. Inclusion of the splitscreen mode would mean that framerates would drop below this 'standard'. As shown in the E3 demo, framerate drops didn't cause Halo 5 to crash though. This still raises the question why a lower framerate isn't possible while playing in splitscreen.

To be done with it, O'Connor comments that fans should rather start a petition to bring back splitscreen to the next Halo.

@Narmi234 As we've explained, it's not technically feasible to add or we would. You'd actually be better off petitioning for the next game.

Although limited, O'Connor's response does leave hope for a 'new' Halo with perhaps a splitscreen mode.