Batman: The Telltale Series First Episode To Launch Next Month, Retail Edition To Launch This September 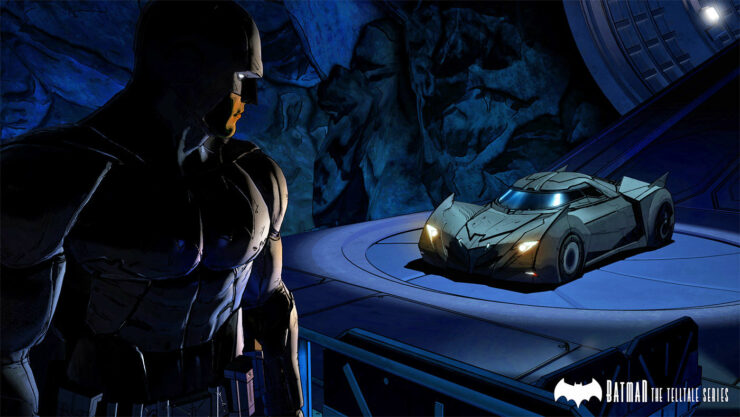 Batman: The Telltale Series, the next adventure game series by Telltale Games, has been announced a while back for PC, consoles, iOS and Android devices, and today we have finally learned when players all over the world will be able to don the cape of the Dark Knight once again.

Today, Warner Bros. and Telltale Games have confirmed that the first episode of Batman: The Telltale Series will launch this August digitally on all formats. It's also been confirmed that a retail edition of the game will be released on September 13th, a special Season Pass Disc which will grant access to the first episode of the game as well as to the other four once they release. The Batman: The Telltale Series retail edition will launch in Europe on September 16th.

Batman: The Telltale Series will be an episodic adventure game in the vein of the most recent Telltale adventure games. The game will feature a beautiful comic book inspired presentation as well as popular voice actors such as Troy Baker, who plays Bruce Wayne, and many others.

BATMAN – The Telltale Series is an episodic game series licensed by Warner Bros. Interactive Entertainment and based on DC’s iconic character. Rendered to look like a living, breathing comic book, Telltale’s vision of Batman will feature an award-winning cast of talent, including Troy Baker in the role of Bruce Wayne, Travis Willingham as Harvey Dent, Erin Yvette as Vicki Vale, Enn Reitel as Alfred Pennyworth, Murphy Guyer as Lieutenant James Gordon, Richard McGonagle as Carmine Falcone, and Laura Bailey as Selina Kyle. Additional cast and characters will be revealed as the season progresses.

Batman: The Telltale Series first episode will launch next month in all regions on all formats. The retail edition will launch this September in both North America and Europe.