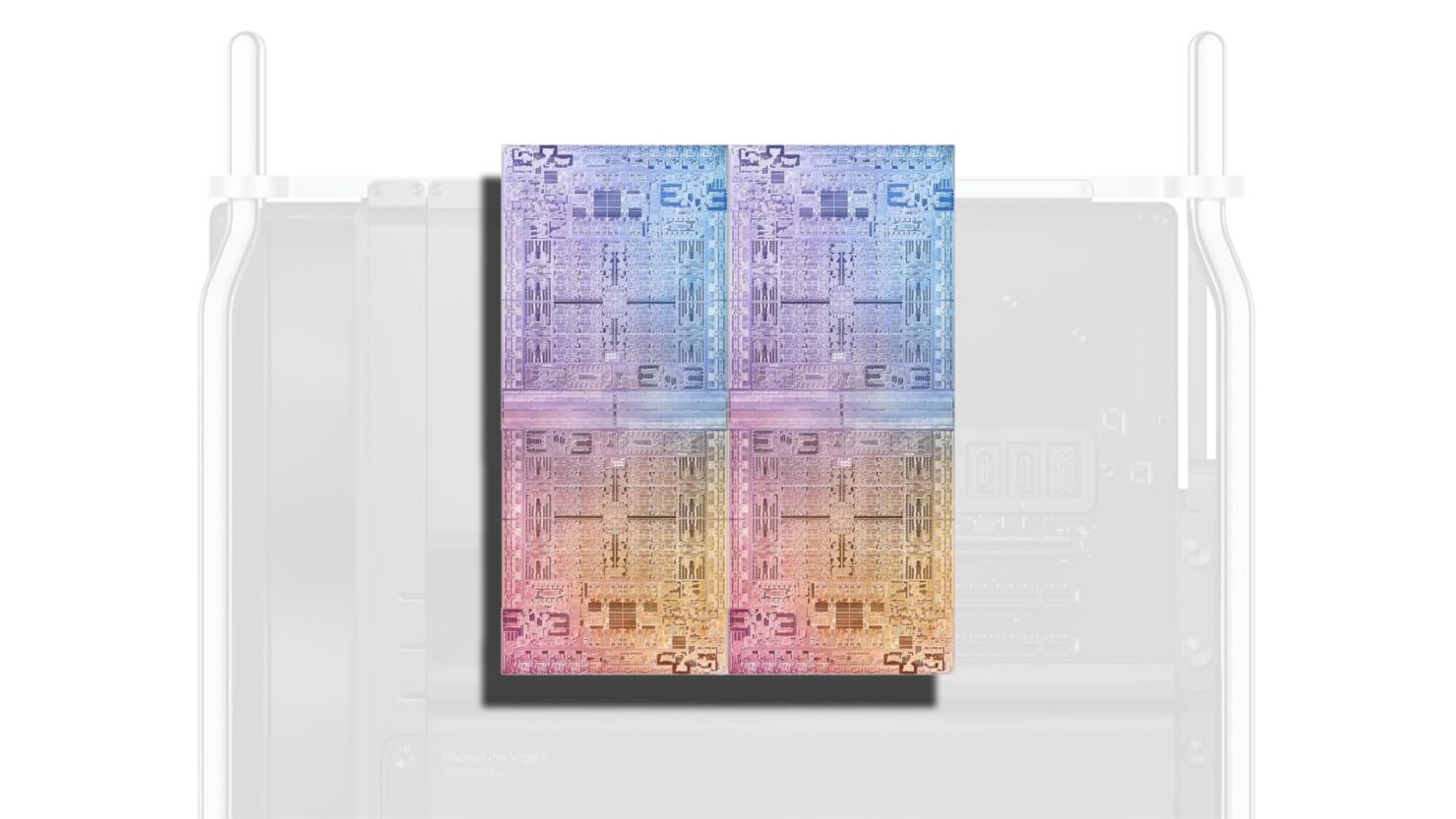 The Mac Studio launch during Apple’s ‘Peek Performance’ event suggests that the 2022 Mac Pro unveiling is still on the cards, and we can expect something more powerful than the M1 Ultra as part of its innards. The first evidence of a powerful silicon was spotted online, revealing that the upcoming workstation could use two of these M1 Ultra chipsets to form a single but exceptionally powerful solution.

On Twitter, Majin Bu has posted an image showing that there will be a bridge that helps to connect two M1 Ultra chipsets to form a single custom Apple Silicon. As for what it will officially be called, we have yet to stumble upon those details, though he does mention the codename of the unnamed chipset as Redfern. During its ‘Peek Performance,’ Apple demonstrated that it employed a process called UltraFusion to create the M1 Ultra.

Using two M1 Max chipsets, the same one used to power the redesigned 2021 MacBook Pro models, the newly formed M1 Ultra touts a whopping 114 billion transistors, along with up to a 20-core CPU and 64-core GPU. Using the same process and the bridge shown in the tweet below, it is possible that using two M1 Ultra dies can form a new chipset that can flaunt a 40-core CPU and a 128-core GPU.

In fact, according to a previous prediction from Bloomberg’s Mark Gurman, Apple’s Mac Pro would feature an unnamed chipset with the exact specifications. Assuming that happens, we should expect groundbreaking single-core and multi-core results, along with power-efficiency metrics that have never before been seen from a silicon that delivers these levels of performance.

Based on what my resource reports, here is some official information on the new Mac Pro 2022

This is the bridge that connects 2 M1 Ultra together and will be found in the new 2022 Mac Pro.

Previous benchmark results have shown that the M1 Ultra is only a fraction slower than a 64-core workstation CPU, so we can only imagine what two M1 Ultra parts can achieve when ‘fused’ together. With this UltraFusion process, we suspect the total unified RAM support will increase to 256GB, as it is currently limited to 128GB on the M1 Ultra. Additionally, memory bandwidth could potentially increase to 1.6TB/s, as opposed to 800GB/s on Apple’s fastest chipset.

Those are some serious numbers, and according to Majin Bu, there is not a whole lot of waiting to do, as the 2022 Mac Pro lineup is expected to drop this September.