This year we've seen of the biggest product droughts from Apple. It released new iPhones and iPod almost an year ago. Similarly, it has been over a year since the iMac and MacBook Pro models were released. However, last month the company did finally release the Haswell powered MacBook Air laptops. It will definitely refreshing the iMac and MacBook Pro lineup with this new processor. According to a credible analyst, Apple might release the 2013 iMac with Haswell processors in late August. As far as the MacBook Pro models are concerned, they are likely to be refreshed in September. 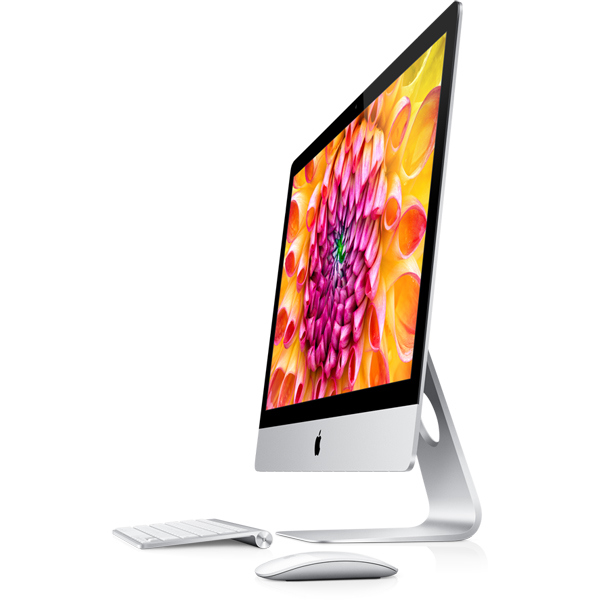 Apart from offering greater computing and graphics performance, the Haswell processors also greatly increase the battery life. Granted that battery life isn't going to be a issue with the iMac, since it doesn't run on a battery, Haswell processors are likely to show more gains on the new MacBook Pros. Apple now boasts all day, meaning 12 hours, battery life on their 13 inch MacBook Air which is powered by Haswell. Recently leaked benchmarks indicate that Haswell powered Pro laptops will also have significantly better battery life when compared to their predecessors. No benchmarks for the 2013 iMac have surfaced as yet.

Not many changes are expected in the design department. Last year when Apple unveiled the new iMac, they said that it was the most beautiful iMac that they had ever made. Not many would argue on that, the iMacs looks superb. The same can be said for MacBook Pro models, no design changes are expected in 2013. It remains to be seen whether Apple expands its Retina MacBook Pro offering in this year.

Apple itself has said that the new products won't be coming out until September. Apart from these, the company is also expected to unveil iPhone 5S, a new iPad, the low cost iPhone as well as the Retina display iPad mini in September. We'll be watching the situation closely and will update you once more information regarding future Apple products comes in.