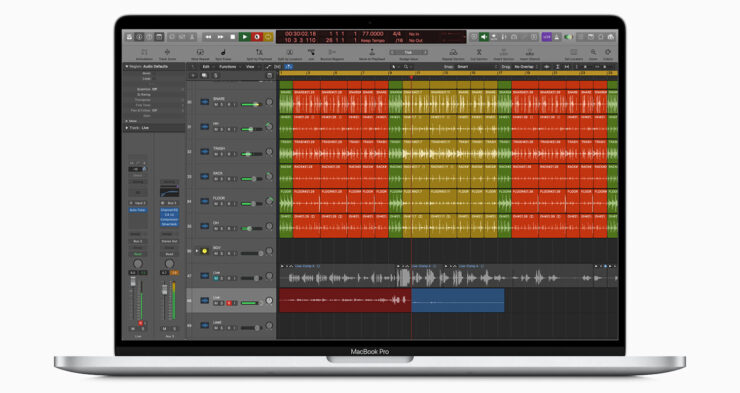 Apple recently launched the 16-inch MacBook Pro with a new scissor-mechanism based keyboard, larger display, slightly thinner bezels, improved thermals, faster graphics and better speakers. While the new features have received a lot of appreciation, not many have noticed that Apple has re-used the same old 9th generation Intel processors that were also available in the 15-inch MacBook Pro. This means that you should not expect considerable CPU performance upgrades when upgrading from a 2019 15-inch MacBook Pro to a 2019 16-inch MacBook Pro.

The 15-inch MacBook Pro was updated in May 2019, with Intel's 8-core Core i7 and Core i9 processors, running at 45W. These were Intel's 9th generation processors and were no slouches in the performance department. A fully specced 15-inch MacBook Pro would be equipped with a processor that could Turbo Boost up to 5.0 GHz. The only other change in these laptops was an improvement to the butterfly keyboard so they don't break as often.

As you can see, despite the thermal improvements in the new 16-inch model, the CPU improvements are negligible. This shows that you would be paying a high price for a last-generation processor on the new generation MacBook. If CPU performance is your priority, you are better off buying a cheaper refurbished 15-inch model from Apple, or third-party retailers.

Fortunately, thanks to graphics upgrades, the new MacBook Pro can power two 6K, two 5K, four 4K, or one 5K and three 4K displays at the same time.​ Of course, you would have to pay a premium for the top-spec model. The top-end AMD Radeon Pro 5500M with 8GB GDDR6 memory costs an additional $200. Johnathan's video has some graphics benchmarks too, which show an increase from 39 fps to 49 fps in Shadow of the Tomb Raider game, at medium settings, which is nothing to boast about. You should not be buying a MacBook if you want to game in the first place.

Where the new MacBook Pro shines is in video editing. In Final Cut Pro X, the video shows improvements of almost a minute when exporting video. Jonathan even tested an 8K video export from a RED camera, which was almost 2 minutes faster than the 15-inch MacBook Pro. This is the performance jump you can expect in video editing, by going from AMD Vega 20 4GB to AMD 5500M 8GB.

In the end, the decision to upgrade to a 16-inch MacBook Pro is not that difficult. If you have the money to spare and did not buy the 2019 15-inch model, the upgrade is worth it. You will get a good keyboard, better thermals, customizable display refresh rate and other improvements - no Wi-Fi 6 though. Otherwise, you will probably be happy with your purchase for some time, as long as your keyboard works fine.