Intel has reportedly delayed the 10nm ramp and is going to introduce an intermediary "Kaby Lake" refresh platform on the 14nm process. The original timeline for the arrival of said processors was somewhere during early 2016 but according to a report by DigiTimes it has now been pushed later to September 2016. The mobile variants (like always) will arrive much earlier and hit the markets around the original mark. 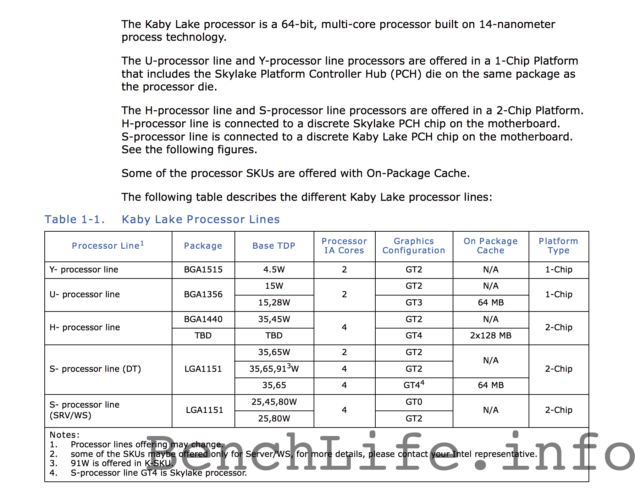 Kaby Lake is basically Skylake Refresh platform in which the current SKL architecture will be revised on the 14nm Node and slight speed bumps can be expected in the frequency of most processors.  Kaby Lake or KBL has now been pushed to September 2016 for the mainstream variants and early 2017 for the enterprise versions. The notebook lineup will however be available by as early as January 2016. Skylake is expected to arrive in the coming month of August while the notebook side will make its entry a few more months down the road. The socket for KBL will be retained at LGA 1151 and the chipset will be retained at 100 Series.

The official reason for the delay is poor yields. Simply put the process isn’t mature enough for ramping to high volume production anytime soon. Intel has been following its tick tock cadence for quite some years now and has managed to stick to Moore’s Law by the skin of its teeth. The problem is, even according to their own projections 14nm was supposed to be a walk in the park, and that took much longer than expected. So when 10nm, an admittedly complicated node to handle, gets delayed, that is something that everyone was expecting to happen.

The desktop side of things is broken into two primary variants - the H-Series and the S-Series. The H-series will be BGA packaged while as the S-series will be based on the LGA1151 socket. Now the unlocked multiplier processors that enthusiasts are usually interested in will fall into the S Series category but will not contain any amount of eDRAM. The locked multiplier variants of S-Series SKUs will contain upto 64 MB of eDRAM all the way upto a gigantic 256 MBs of eDRAM for the H-Series variants. These processors, as mentioned will arrive sometime around September 2016. Since Intel appears to be taking a page out of AMD's book and shifting roadmaps like anything, the timeframe of late second half off 2016 is a good date for any enthusiast to keep in mind. I should remind again however, that the benefits of upgrading to Kaby Lake will be marginal at best.