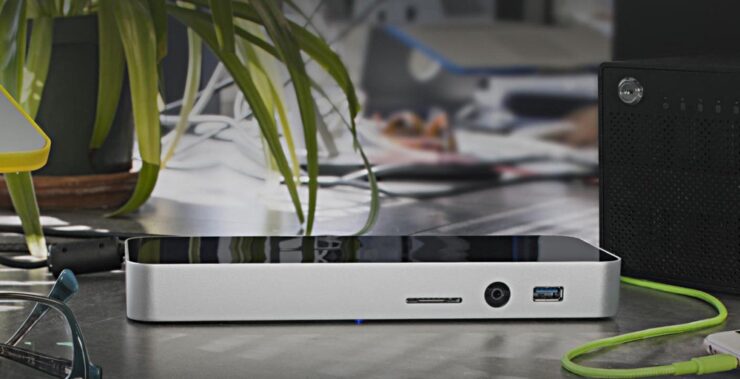 Four USB-C ports, no USB-A and sans SD card slot. The new 2016 MacBook Pro doesn't sound like a 'Pro' notebook for many. But you can regain all your lost ports (and more) with a single dock from OWC.

When it comes to adapting new technologies, Apple goes all-out with its final decision. Rather than making a smooth transition to USB-C while keeping a couple of USB-A ports in place, the Cupertino giant ditched the latter completely in favor of the former with the new MacBook Pro. This essentially means you will need a dongle or two if you're going to use your existing devices with the new notebook. But the story doesn't end there either - Apple axed the SD card reader on 2016 MacBook Pro as well. The reason for this is rather mind boggling, but Apple still went ahead with it.

But worry not, OWC has you well covered with their new Thunderbolt 3 Dock.

See, there are a lot of docks you can purchase that will, in some way, fulfill your needs one way or the other. But what OWC is offering is completely off the scale. It features 13 ports. Yes, that's thirteen!

Not only you regain the ports which Apple axed with the release of new MacBook Pro, you gain a ton of them as well. So what exactly can you expect in terms of ports once you get your hands on the new Thunderbolt 3 Dock? Here's the complete rundown:

Those are a lot of ports if you're asking us. But if you want something absolutely overkill, then OWC has you covered.

The good news is that the OWC Thunderbolt 3 Dock will be available to pre-order right now from MacSales, with the accessory shipping out in February 2017. The dock even comes with a free 0.5 meter long Thunderbolt 3 40Gb/s USB-C cable, which in itself is valued at $24.95.

The overall pricing of the dock might put off a lot of people though. It will cost $279, which is very, very steep. But if you look past that price and think for a moment what you're getting in return, the value isn't that bad either. And in the long run, this dock will serve its purpose quite well. Essentially, it's an accessory that puts to shame every other dongle and cable which you might need to carry around.