Most of us are still drooling over having a single 4K monitor setup in our gaming setup, but these guys over at Windows Lab not only set up a 12k Resolution but tested out a DX11 game at 60 Hz constant (30Hz is the 4k standard)! Though there are quite a few reservations we at Wccftech had with the setup in general, hats off for the amazing setup and Custom Driver Build used to make this possible. Without further ado, the 12k setup: 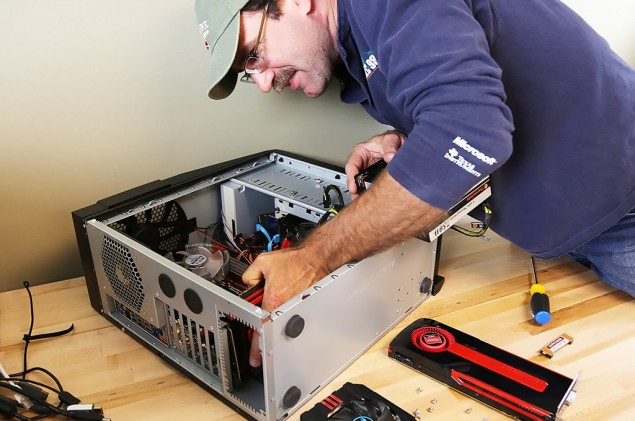 Apparently this entire Idea started when testing out these loaned Sharp 4k Ultra HD displays they decided to take the 4 out of the 4k and replace it with a 12, and thus was born the 12k Gaming Resolution. But being true gaming fans they didn’t just stop there, while as 4k is locked to 30Hz they decided they were going to make their 12k at 60 Hz Standard.

The Build Started with a Single Asus HD 7970 Direct CU II chosen for its abundance of display ports and impressive stability. As their ambition grew two more AMD HD 7970s were added to the mix OEM Versions by the looks. They also had to take out the psu from the case to make room for the additional horsepower but no pain no gain right? 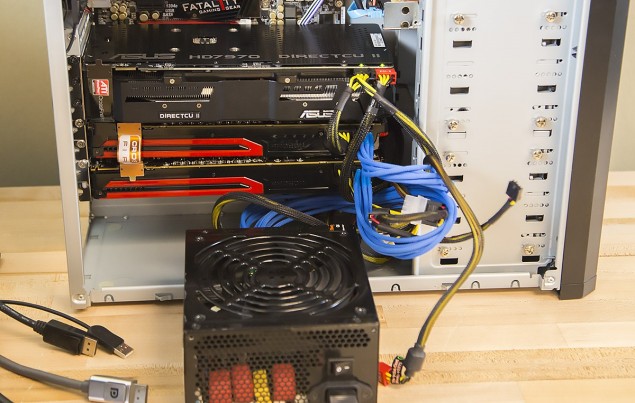 This is as far as where a loaded gaming fanatic might have gone to achieve 12k resolution when the real problem appeared. The Crossfire and Eyefinity drivers were clearly not designed to handle such conditions and refused to budge. Instead of giving the windows team decided to implement their own Custom Made Driver Build tailored to the task of implementing this 12k setup exactly. 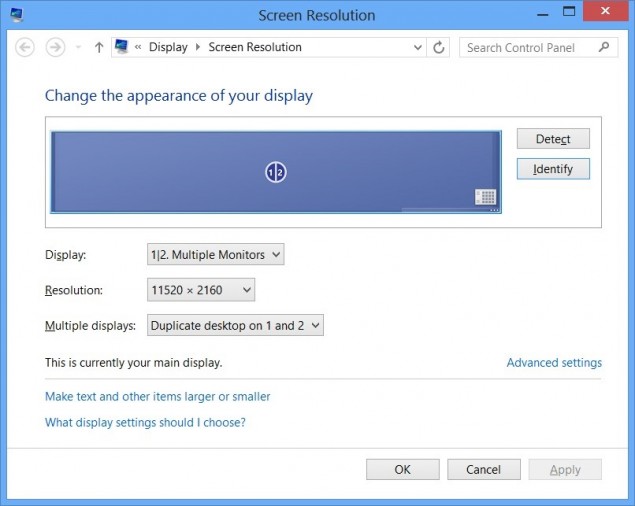 Apparently they were able to play the game perfectly stably at 12k 60 Hz for few minutes every time till the PSU reset due to power overload. Although further tests could not be done due to the fact that they had to ship the monitors back, the 1.5 Billion Pixel per second barrier has been broken and to that I think much has been achieved.

How the 12k Setup could have fared better.

Though we at Wccftech look with reverent eyes to these pioneers, we still feel that some negligence was done to something this epic.

Finally, Kudos to the team.