With all eyes focused on the imminent arrival of Apple’s MacBook Pro 2016 family, one would hardly expect the company’s Skylake powered 12-inch MacBook to be the driving force of the company’s notebook sales. However, the latest figures definitely have a different story to tell.

12-inch MacBook Accounts For 30 Percent Increase In Shipments, According To The Latest Data

According to the latest data taken from TrendForce, the following has been stated:

“Apple’s MacBook shipments in the second quarter were up 30.3% versus the first quarter, placing the brand on the fifth spot of the half-year ranking. This shipment surge was generated by the release of an upgraded 12-inch model of the latest MacBook. TrendForce expects MacBook shipments to register sequential growth in the third and fourth quarter because Apple will also be releasing new products for both periods.”

Since these are currently the only Skylake powered notebooks that Apple has to offer that deliver portability and high battery life, perhaps these are the contributing reasons why the notebook is selling so well.

The configuration of the 12-inch MacBook comprises up of the following processor models:

Both models can be upgraded to a Skylake Core m7 processor, which is also a dual-core chip and features a Turbo Boost speed of 3.1GHz. The 8GB of RAM will be running at DDR3 speeds, but Apple has made sure that the default clock speed starts from 1866MHz and the storage models will start from 256GB of PCIe flash storage and go all the way up to 512GB. On Apple’s website, the dimensions of the 12-inch MacBook has been listed below, according to other details as well:

Battery life is definitely going to be one of the key features of the notebook lineup, and according to the details posted on the company’s product page, the MacBook family will be able to deliver the following backup time. 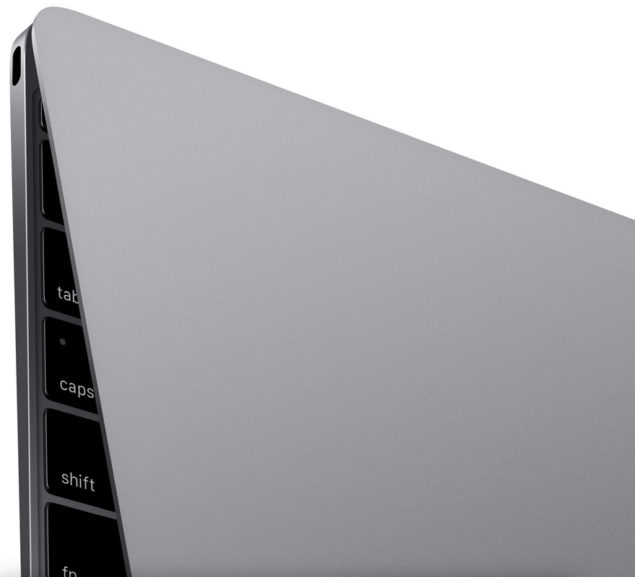 Type-C USB port is still a part of the configuration, and before you ask, there are no additional ports present on the MacBook lineup apart from the 3.5mm headphone jack. However, Type-C has several advantages and according to the details listed on Apple’s website, this particular port provides support for the following:

Are you excited for the arrival of the 2016 MacBook Pro family? Tell us your thoughts right away.