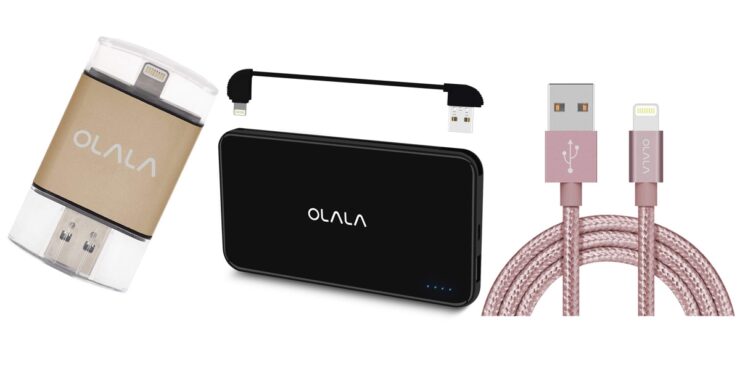 OLALA has discounted some of its best products including a 10,000mAh power bank with a built-in Lightning cable, an iOS compatible flash drive as well as a Lightning cable that is a meter in length.

There's no shortage of good stuff in the world of tech and OLALA know what's up when it conjures up accessories for devices like the iPhone or iPad. Today, they have shared a set of deals which we just couldn't resist and it includes a power bank, iOS flash drive as well as a Lightning cable.

The first product on discount is a 10,000mAh power bank which is good for several recharges if you have an iPhone. It features a built-in Lightning cable which means that you have one less cable to worry about when you're out and about.

Looking for a flash drive for your iOS device? Then look no further than this one from OLALA. It has a Lightning connector as well a regular USB-A port, allowing you to move files between different platforms without breaking a sweat.

Last but not the least, OALA has discounted a Lightning cable as well which is 1 meter in length, making it ideal for places like a car, work desk and more. It's MFi-certified meaning that it even has Apple's seal of approval. What more do you want?